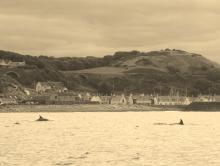 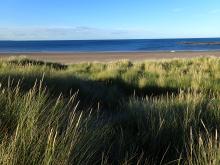 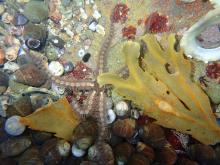 I set out from Clacton 98 days ago and turned right. I kept on sailing every day I could. I had the best 3 months of my life. I arrived back where I'd started from, with a hole where my dream had been.

I'm sad to have finished, slightly proud and definitely relieved to have completed this adventure the way I intended: without requiring on water assistance. I could have blown that on the long journey south. My mantra to myself on the home leg was always to minimize exposure, but in strong offshore winds there is a certain amount of exposure you just can't avoid. Especially during those most exposed times, even simple acts such as flipping battens after a tack were made with an exaggerated care. I did everything I could to prevent breakages, and luck was on my side.

It is nice to have been considered newsworthy, and charity donations have received a boost as a result of press coverage. The attention has felt like a bit of weather coming through. Like the weather, the attention soon passes. I'm really more comfortable in the post-attention sector anyway.

I have hundreds - nah, thousands - of thankyous to make. To name each and every person who has helped me along the way is a near impossible task and certainly not one to attempt in this post. Perhaps there will be a book that will do a better job of acknowledging the support that made my windsurf round Britain such an enjoyable, and goodness-of-humanity affirming, experience.

With regard to a book, I intend to see what I can come up with.

So I'll limit my named thankyous here to my call centre support team: John Clark and Gregg Dunnett. John has the navigational round Britain savvy and would advise me on how to go about getting around the tricky bits. His experience means that he is pragmatic: "Perfect conditions won't happen, so when conditions are OK be bold and go", was the message I got from John. Gregg is my younger brother and wrote blog posts when I'd been a bit quiet for a while. He was also my real-time first point of call up. I'd usually phone when becalmed on a lumpy sea or struggling to find somewhere to land. The common theme would be a sense of wanting to be out of the situation I was in. I'd moan, he'd listen (by the end, on speakerphone). Gregg actually did much much more than this, but no room for detailing his entire contribution here. John also designed the barrel carrier, and oversaw construction in his workshop.

John Clark and Gregg Dunnett: very good people to have on board. Thankyou.

To everyone who signed up on the website - those I sailed straight past, and those who I called in upon; to those who tracked progress, or tracked me down, those who bought me a brew, offered me a sandwich, chocolate bar, lobster, shower or tow; to those who messaged me through the website, Facebook, or by scrap of paper tucked in footstrap; to those who just happened to notice me - who rescued me from under my sail shelter in the pouring rain, or from an empty bridge in beating sun, or who called me in to port, or pulled me out of ports, or who rowed out to me in the gloaming; to those with whom I laughed and laughed; to the lady who found my lost phone on a remote island; to those who took pictures and mouthed "well done" from afar. To all of you - thankyou. By noticing and engaging you make life better!

To the expedition sponsors, and if you've been part of this but don't identify with any of the above, thankyou too!

I received many nice messages of congratulation. To my surprise and embarrassment lots of people have told me that they think what I have done is brave or exceptional. If people see a little bit of these things in me then that is very nice, although I don't recognize them in myself. My own thought is that I have been tremendously fortunate. I have been so lucky in so many ways to have been able to attempt and complete this challenge. I've seen my island the way I wanted to see it and for that will be forever grateful.

As for the hole where my dream had been - that is just coming into focus. There is now an undeniable void. Before long I'll need a new dream. Perhaps dreams are like dolphins, and when you're not looking for them, they'll find you.